The Strength of the Vulnerable Leader 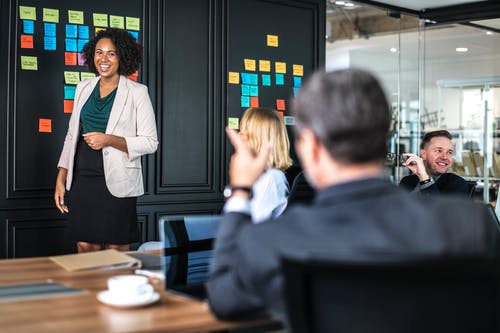 Unfortunately, in today’s business world, vulnerability is still seen as a weakness. Companies try to withstand attacks from outside by taking any means possible to cover deficiencies and avoid providing attack surfaces. And among leaders within these companies, it is known how difficult it is to lead, make demands, or negotiate from a position of perceived weakness. But it turns out that the popular perception of vulnerability as a weakness is a myth – one that keeps leaders from building strong relationships with their teams and being more effective in their leadership.

Vulnerability is the foundation for human connection

Plenty of research has been done on this topic, proving that being vulnerable as a leader can be an asset rather than a drawback. Emma Seppala, in her article ‘What Bosses Gain by Being Vulnerable’ published at Harvard Business Review, argues that even if being vulnerable may sound touchy-feeling, daunting, or counterintuitive, it is not and that there are tremendous benefits.

Brené Brown, an expert on social connection, who conducted thousands of interviews to research the foundations of social relationships, found that besides authenticity, one of the main character traits that lead to better human connection is vulnerability.

To clarify the meaning of vulnerability: it does not mean being weak or submissive. Being vulnerable is about having the courage to be yourself and to speak from your heart. It means to take risks and deal with uncertainty while emotionally exposing yourself instead of keeping a professional distance and being cold. According to Brown, authenticity, and vulnerability together form the foundation for human connection. And human connection is frequently missing from workplaces. In her book “Daring Greatly, How the Courage to be Vulnerable transforms the Way we Live, Love, Parent, and Lead,” Brown argues that being vulnerable means to have the courage to face your fears and the uncertainty that comes with life. As a vulnerable leader, you meet this uncertainty with an open heart, and you are willing to face the good and the bad that comes with it.

Vulnerability allows for creating stronger bonds within a team

During all the equine-assisted leadership and team development trainings we’ve facilitated so far, one thing has been consistently noticeable. The vulnerability leaders experience when working with a horse while being observed by their work team has tremendously increased their prestige, improved work relationships, and bonded their team.

Why is that? For once, all team members share the profound experience of trying to master an unusual situation of having to give instructions to a horse instead of a human. Exposing themselves to this situation raises feelings of ‘being on the same boat’ right from the beginning of the workshop, which increases the strength of the team. Now, as a boss being watched by the team and having to let your guard down while trying to find a solution for dealing with a four-legged ‘employee’ provides plenty of opportunities to show your authentic self, which usually falls short during regular work hours. Also, there’s an excellent opportunity for building emotional bonds by the fact that everybody will get their turn on working one-on-one with the horse while the other members of the team watch his or her performance. You can probably imagine how much courage it takes for each of the participants and how much uncertainty is involved. We have noticed that in between and after the exercises, while team members share their experiences, conversations mostly change from distanced and professional chatter to emotion-based talk loaded with empathy and understanding – not to forget all the helpful advice that is given among people.

To sum things up, there is more to successful leadership and teamwork than we commonly think. If you let your guards down and speak from your heart rather than hide behind your title and professional distance, you may notice how much better the relationships with your people will become and how much more effective your leadership will be.